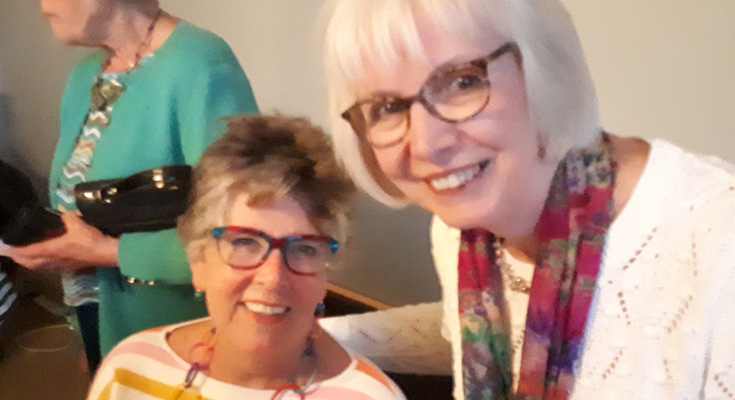 Aylsham resident and long-standing member of Slow Food Aylsham, Jill Willis was at Blickling Hall at the end of April, attending a book launch by Prue Leith, ‘Bake Off’ celebrity, businesswoman and author. Jill was particularly keen to attend as she had worked with Prue some 20 years ago on the RSA/Waitrose ‘Cooking Bus’ project.

Under the ‘Let’s Get Cooking’ banner, the Cooking Bus travelled the country, visiting schools, colleges and showgrounds. The ‘Bus’, actually a very large articulated lorry, converted into a unit with state-of-the-art kitchen and teaching facilities, where young people were encouraged to learn about and appreciate food through its preparation on the bus. Jill, as Advisory Teacher, was responsible for the Bus and its visitors, also welcoming a variety of celebrity chefs on board to run cookery sessions.

Prue Leith was one of the organisers of the project and Jill met up with her many times to discuss the Bus and its adventures which took it to most parts of Britain, from Glasgow to the West Country. After a couple of years on the Bus, Jill became a full-time teacher again, heading up the Hospitality & Catering department at Aylsham High School. She retired in 2011 but continues her love of cooking.

She has also recently set up a part-time business, allowing her to follow her second love, providing courses for those who want to learn or improve their textile skills, including crochet and knitting.