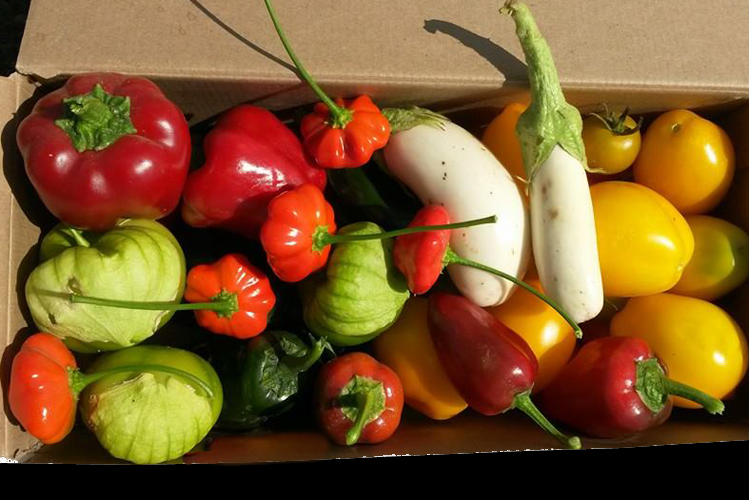 Congratulations Mr Chris Roberts from Olney, Bucks, who correctly identified the non-potato vegetables in our Potato Family Quiz. A family ticket for the Aylsham Food Festival Big Slow Brunch on 7 October is on it’s way.

Eighty three people who passed through the Food and Farming tent at the Aylsham Show in August entered our quiz to identify which foods were NOT members of the potato family. Only eight people correctly identified all three species; 26 people had two right answers and 49 people had one or no right answers. The explanation of the eight vegetables in the quiz is given below.

The potato family, Solanaceae, is a family of flowering plants that contains a number of important agricultural crops as well as many toxic plants. It is also informally known as the nightshade family.

It consists of about nearly 100 genera (genus is the first scientific name given) and over 2,500 species (the second scientific name given). They include herbs, shrubs and trees, mainly in the tropical Americas. One of their characteristics is the possession of alkaloid (often poisonous but used in medicine) chemicals; some species have more and some have little. Tobacco, deadly nightshade, henbane are members of the family full of alkaloids and poisonous.

Tomatoes, aubergines and potatoes are all members of the genus Solanum, which is the largest genus in the Family, accounting for half its species. Capsicum peppers (including chilli peppers) are members of the closely-related genus Capsicum. Their edible parts all come from the stem –potatoes are called tubers, which is a specialised part of the stem for storage.

Can you do better? Take the spud quiz here