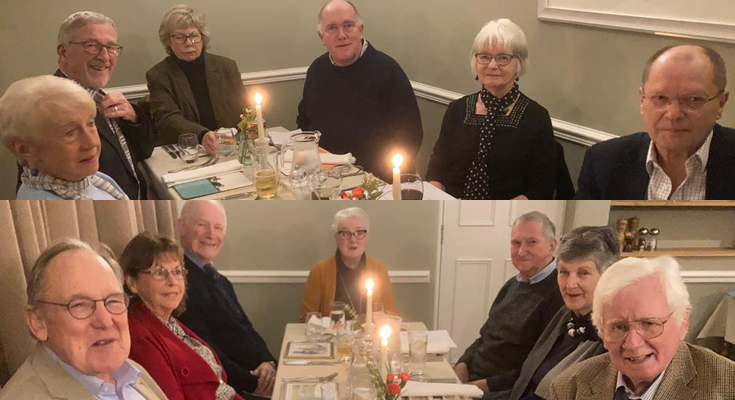 Increasing public awareness and attracting new members were two of the top priorities to revitalise Slow Food Aylsham in the new year.

In his annual report to the Slow Food Aylsham group, chairman Patrick Prekopp presented an action plan to kick start 2022 after a year of enforced inactivity.

“Our strengths are working with local schools to promote appreciation of local foods and their suppliers and retailers, as well as working with the local Foodbank to help those in need,” he told the annual general meeting, held at the Saracen’s Head restaurant in Wolterton, near Aylsham on 12 January 2022.

“Our biggest challenges are membership and awareness. SFA needs more younger members and, although awareness of the group is improving, knowledge of ‘why we are here’ is still poor.

“We face a demanding 2022 which will require digging in and finding renewed energy and vigour.”

Mr Prekopp reminded members how key events if the Slow Food calendar – the Family Learning Day at Aylsham High School, Aylsham Show and planned visits to local producers – had to be cancelled due to Covid restrictions.

However, a last-minute decision to go ahead with the Food Festival in October proved rewarding despite severely reduced preparation time.

About 500 townspeople attended or were directly involved in the Festival: 100 guests at the dinner (plus 200 staff and students at Aylsham High School), steady footfall through the Town Hall at the Farmers’ Market (plus 10 stallholders), and 90 guests at the Brunch.

In addition, 10 local producers and suppliers including butchers, greengrocers, and fishmongers, contributed to the event as well as raffle prize contributors from four other outlets.

Mr Prekopp praised Aylsham High School who came to the rescue at the Festival Supper. The “pingdemic” meant that the traditional “Evening With” session had to be abandoned as no local chef was available to fill the slot.

But the High School provided a preview of its Christmas Show, Joseph (And the Amazing Technicolour Dreamcoat), which was a resounding success.

The group could look forward to an active year which would include progressing the sale and distribution of their Canny Cooking recipe books to support the North Norfolk Foodbank and forging closer ties with other community organisations.

The following officers were elected:

A salute to fantastic foodie friends